Posted on December 20, 2017 by tomorrowstodos

Doing all sorts of last-minute holiday stuff, but want to make sure I share the rest of our China trip recap. Up next, part three. Yippee!

After we got back from our trip to the Great Wall, we settled back into our digs and explored the neighborhood. Our first trip upon returning, was taking the underground train to the U.S. Embassy.

Traveling around Beijing with strollers is one thing that definitely made us stand out as tourists. Almost everyone I saw carried their children in their arms. No joke. If the child wasn’t able to walk they were carried and if they could they walked. It makes sense since there are so many people and the train system (stairs/escalators) isn’t exactly stroller-friendly.

By the time we made to the station, I had worked up quite a sweat and my lungs were burning thanks to a low air quality day. Our group waited for the train to arrive and when it did, we managed to load everyone in – or so we thought. As the doors slammed shut, we noticed that Marcus and Everett had not successfully boarded and were left behind. In a panic, we all got off at the next station and waited for the following train to come. Luckily, they were on it and we hopped on board. Yeesh!

Upon arriving at the Embassy, our passports were quadruple checked and we were given clearance to enter the building.

After checking out grandpa’s formal office, we headed across the street to get some lunch.

After lunch, we made our first trip to the silk market. Holy overwhelming. Floors and floors of anything and everything from scarves to shoes to Chinese art. And at the tip top is a grocery store which is always one of my favorite places to visit when traveling in a different country.  Who doesn’t like to compares the price of milk?!

While others shopping for fine goods at haggled prices, we needed an alcoholic beverage break. While Marcus and I sipped our massive beers, the boys sucked down fresh-squeezed apple juice.

As we were leaving the market to head back home, Everett spotted a garbage truck and demanded a photo to show his friends back home! Definitely a highlight of the trip for him.

The following day we ventured out to a local park down the street and watched people play table tennis and walk laps. While we were watching them, they were watching us. You see, we stood out like a sore thumb. We were videoed, WeChatted and even had a couple come up to us to take a photo. The attention we got throughout our entire trip was something I’d never experienced before. 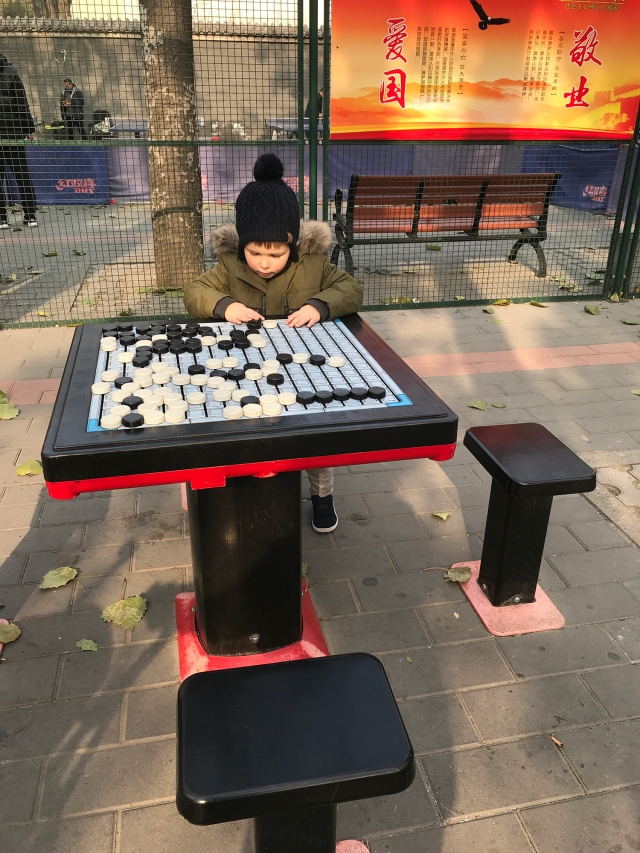 We are now up to Thanksgiving day and we were lucky enough to get to spend it with family enjoying all of our faves.

Fitz just learned out to say ‘cheese’ recently and this is the face he makes while saying it. I can’t seem to get enough, so we had a little mini shoot on the stairs. 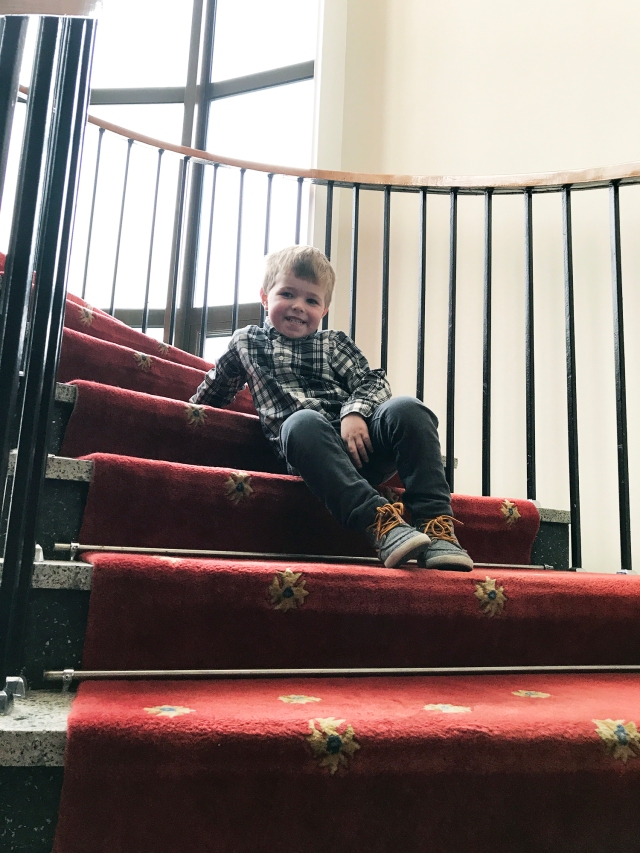 Probably the coolest part of Thanksgiving was also getting to spend it with over a dozen marines who work at the Embassy. They were able to join us for dinner and it truly was a delight getting to know each of them, although I’m sure they were ready to head back after the chaos that is a Branstad family dinner – specifically my children and their wild ways!

To-Do lists: I love the feeling of putting a check mark in a box.
View all posts by tomorrowstodos →
This entry was posted in Family, Travel and tagged Beijing, China, Silk Market, Thanksgiving. Bookmark the permalink.